Your Home In Healthcare Is Waiting.
Email: workforce@vhha.com
Stay In Touch With Us.

Fall In Love With Virginia

From rolling hills and towering mountains to lush state parks, national forests, and sparkling beaches, Virginia is home to breathtaking landscapes and vistas across its diverse geography. Whether you like outdoor recreation and natural beauty, exploring history, or enjoying cultural amenities, Virginia has something for everyone.

Here are just a few things to discover and enjoy in Virginia:


Explore what Virginia Has to Offer 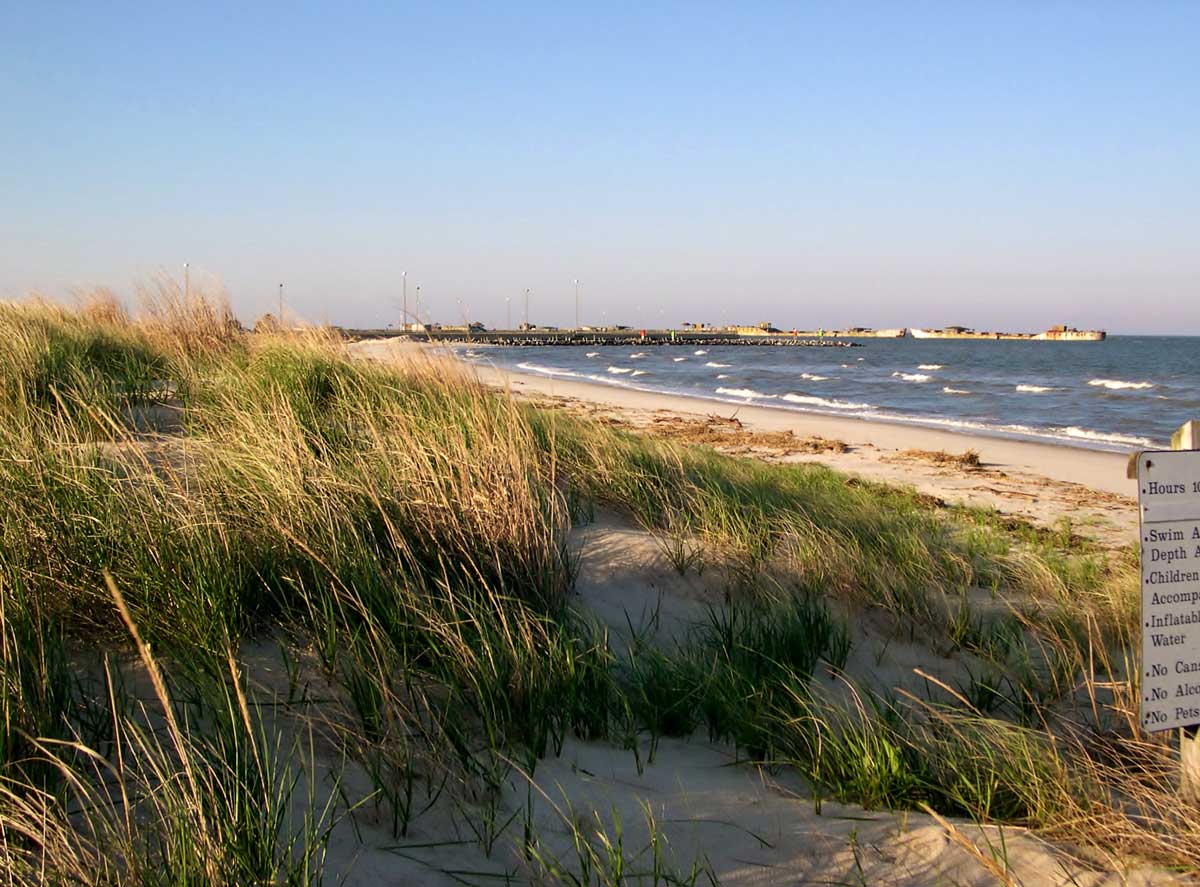 Inviting beaches, fresh seafood, and coastal charm can all be found in the cities and counties along Virginia’s eastern seaboard where several rivers, the Chesapeake Bay, and the Atlantic Ocean converge. The cities of Virginia Beach, Norfolk, Portsmouth, Chesapeake, and Suffolk have rich history and a diverse mix of arts, entertainment, and cultural attractions. The state’s largest city, Virginia Beach, has a flourishing culinary scene, active nightlife, and an outdoor amphitheater that attracts summer music festivals and tour stops from some of music’s biggest headlining artists. Nearby is the city of Norfolk, a walkable, waterfront city with shopping, entertainment, and more. It is home to Naval Station Norfolk, the largest naval base on the planet – in fact, the entire region has a strong military presence, which is one of the area’s defining characteristics. A bit inland on the Hampton Roads Peninsula lies the historic triangle of Williamsburg-Yorktown-James City County where visitors can tour period-specific pre-Revolutionary War sites that showcase the earliest settlements on the American continent and the earliest formation of our system of government. Beyond history, Williamsburg boasts amusement parks, shopping, and cultural attractions in a small college city. The region has plenty of rural countryside to enjoy as well on the Eastern Shore, Chincoteague, Assateague, and Tangier Islands, which offer a relaxed coastal atmosphere. The region is home to the Northern Neck and Middle Peninsula, which offer riverfront access to water sports and outdoor activities, and more in a more countryside setting.

Find hospital employers located in this region. Visit this link to learn more about Eastern Virginia and its many attractions. 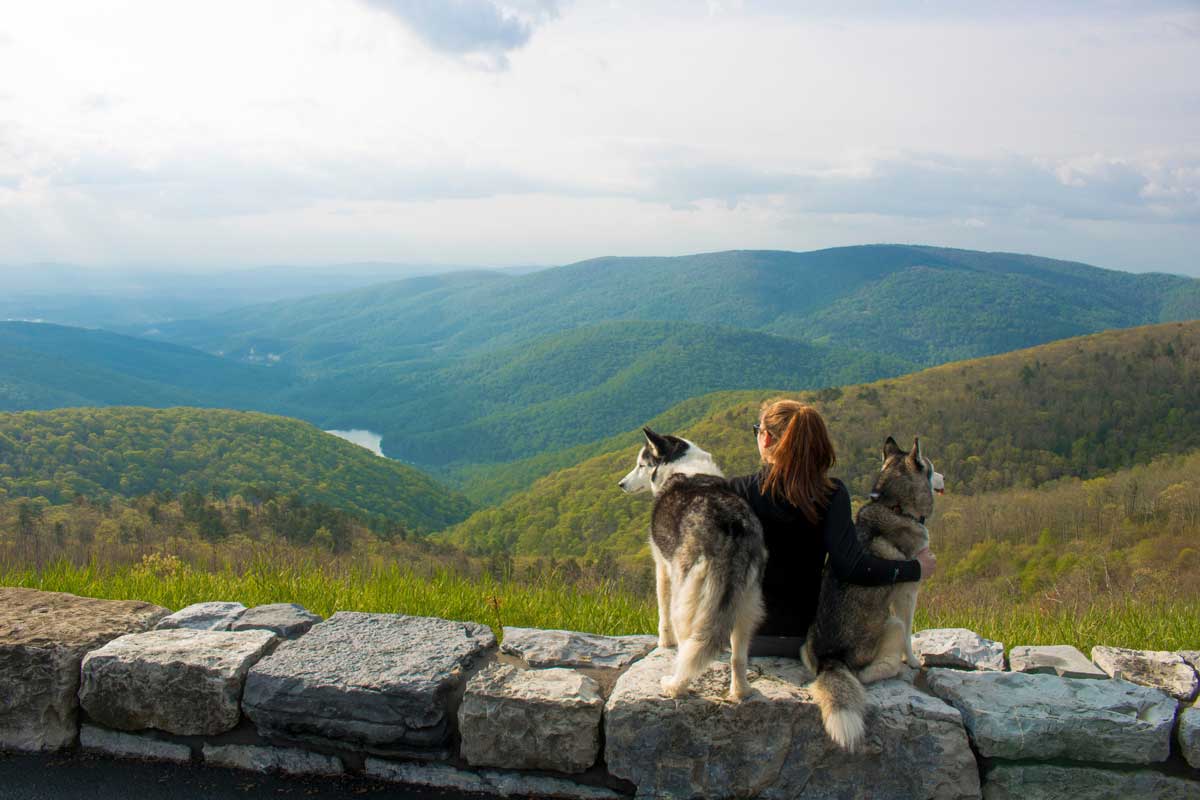 If bluegrass, the towering mountains of the Appalachian region, and outdoor adventures are what you seek, then Southwest Virginia is the place to be. From the crossroads into Tennessee and Kentucky, to the charming Southside Virginia communities along the North Carolina border, Southwest Virginia offers plentiful venues to canoe and kayak, camp, and see wildlife in the Blue Ridge Mountains. The city of Roanoke is a gateway to the region that features a lively downtown with restaurants, craft breweries, and museums. In the corner of the region is the inviting twin city of Bristol that straddles the Virginia and Tennessee state line and is home to a NASCAR track and the newly opened Hard Rock Hotel & Casino. The region is also home to Abingdon, a small town with history and local charm, and many other locales to explore.

Find hospital employers located in this region. Visit this link to learn more about Southwest Virginia and its many attractions. 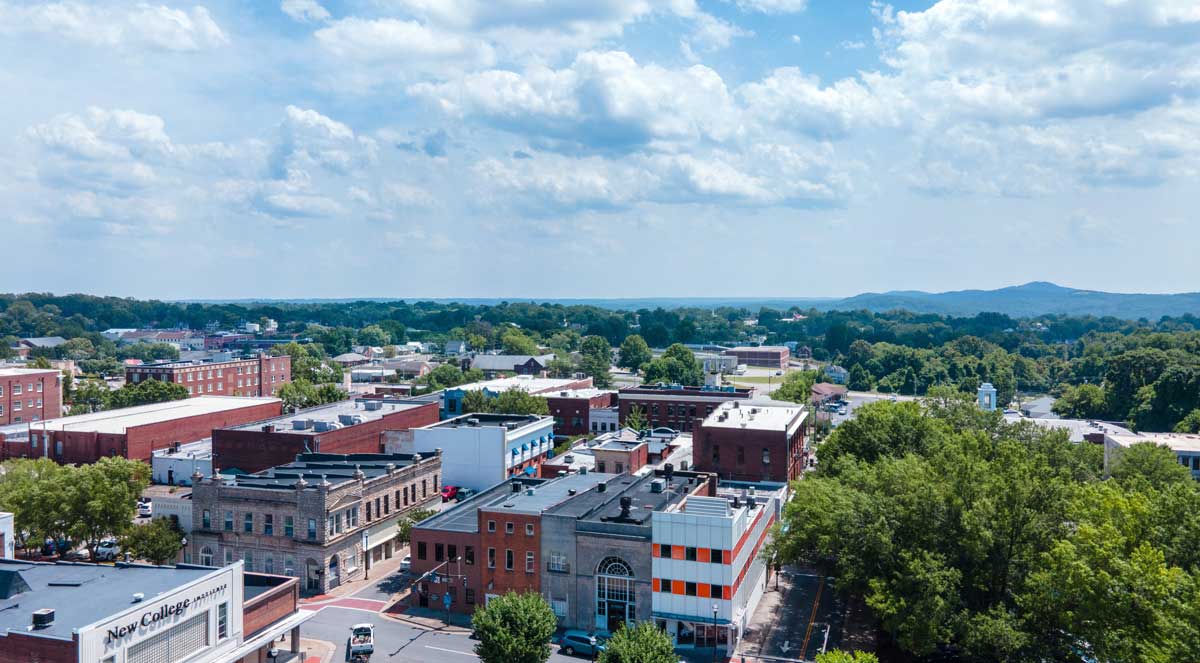 Southside Virginia is a region that lies southerly to the state’s largest aqueduct, the James River, a 340-mile waterway stretching from the mountains of Botetourt County east to the Chesapeake Bay. This diverse region boasts cities with lively main streets, an abundance of rich history, stunning scenic byways, and beautiful state parks and attractions. Breathtaking views abound along the James River, were there’s also room for rafting, fishing, boating, bird watching, and more. Moving inward from the shoreline, outdoor enthusiasts will find plenty to do in the lush countryside including hiking, biking, camping, and hunting. Beyond the region’s natural beauty, there’s plenty of charm to be found in Danville, a modest-sized city on the banks of the Dan River that is home to a lively downtown with a food and shopping district that features year-round outdoor festivals and events. Those who feel the need for speed will be right at home in what’s known as Virginia’s Racing Region where six speedways and raceways can be found. In addition to its famous Speedway, Martinsville offers plenty of options for art and music lovers, history buffs, and those who enjoy the outdoor lifestyle with access to sloping mountains and quiet lakes as a scenic backdrop to the region’s communities.

Find hospital employers located in this region. Visit this link to learn more about Southern Virginia and its many attractions. 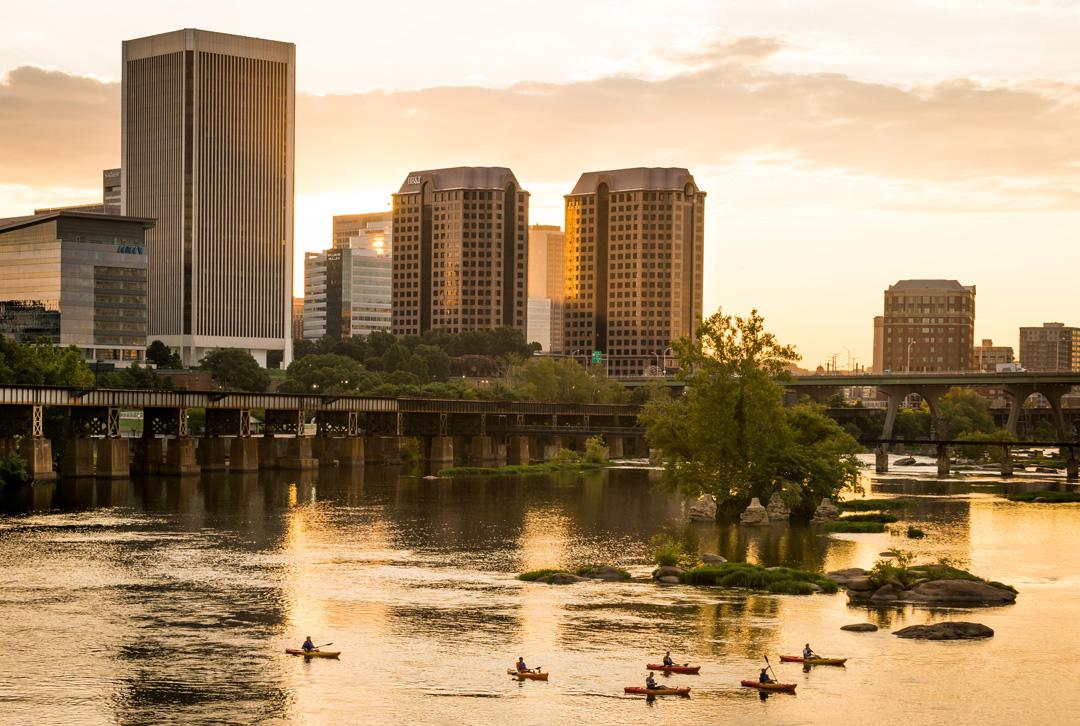 Central Virginia is home to the Commonwealth’s capital city, Richmond, a mid-sized city with big city amenities that is overflowing with history and related attractions, as well as a museum district and flourishing arts and cultural scene. Richmond is home to America’s only urban class IV rapids, making it a destination for outdoor water activities. Due west is the city of Charlottesville, home to the University of Virginia and Monticello (Thomas Jefferson’s historic home and grounds) that has also gained recognition for the wineries that dot the agrarian countryside. South of Charlottesville near the foothills of the Blue Ridge Mountains is the city of Lynchburg, a thriving college town that offers outdoor activities, cultural experiences, and plenty to do for families.

Find hospital employers located in this region. Visit this link to learn more about Central Virginia and its many attractions. 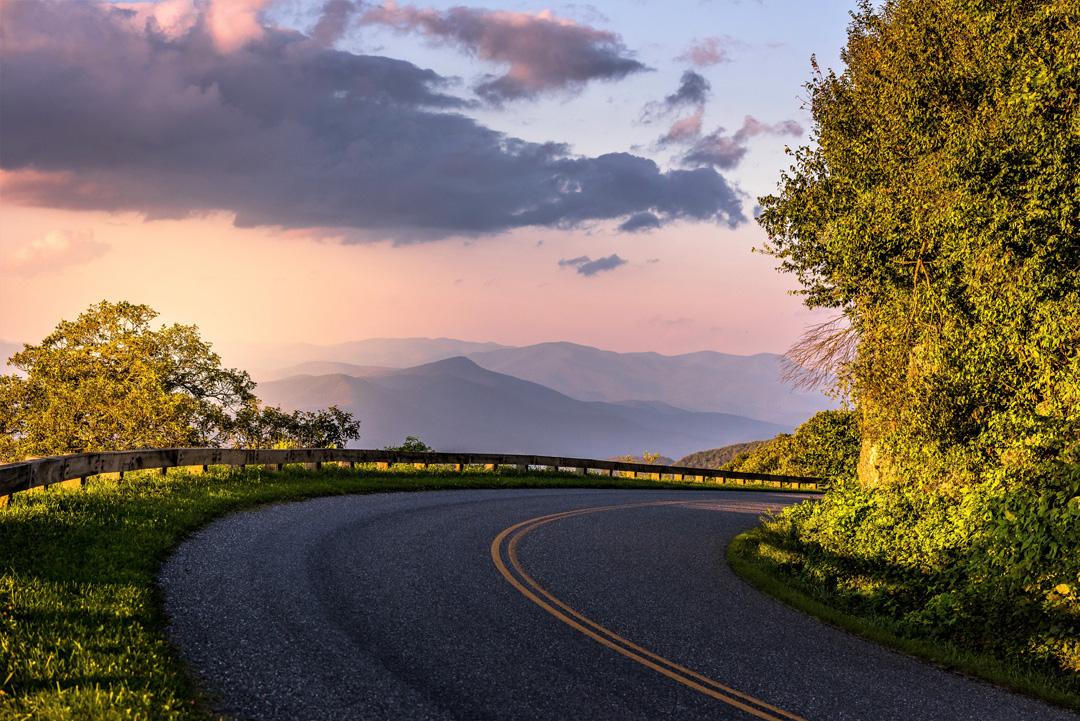 Northwest Virginia, is home to the Northern Shenandoah Valley, the Blue Ridge Mountains, and a section of the Appalachian Trail. People who enjoy scenic views can traverse picturesque Skyline Drive through Shenandoah National Park. This is fertile territory for outdoor enthusiasts to hike, bike, fish, and camp, or enjoy a leisurely drive marveling at nature’s beauty and bounty. The historic downtown in Staunton, Virginia has a world-renowned Shakespeare theater and more than 100 unique shops, art galleries, and restaurants nestled against gorgeous mountains. The Shenandoah Valley has many natural wonders to explore such as Luray Caverns and Natural Bridge. For families, the Shenandoah Valley is replete with small town Southern charm as well as city amenities in places like Harrisonburg and Winchester. This region also boasts some of the nation’s top-rated schools and universities.

Find hospital employers located in this region. Visit this link to learn more about Northwest Virginia and its many attractions. 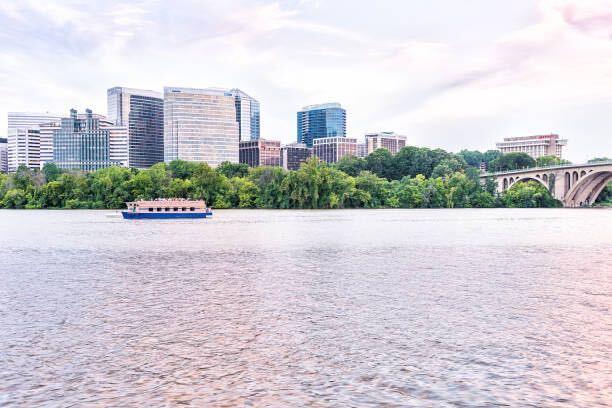 Northern Virginia sits just across the Potomac River from the nation’s capital but retains its own distinct character. For visitors and sightseers, Washington, D.C. is the national seat of government. It has professional sports teams, free access to many museums, and cultural amenities and attractions to rival any big city. Just across the water, Old Town Alexandria boasts rich history, boutique shopping, and a vibrant arts culture. Arlington County is home to many young professionals and is teeming with restaurants, attractions, and a lively, welcoming atmosphere. For history buffs, Northern Virginia is a must-see destination with so many sites to explore including the Pentagon 9/11 Memorial, nearby Arlington National Cemetery, Mount Vernon (George Washington’s historic home and property), and the Fredericksburg and Spotsylvania National Military Park. Loudoun County is a short drive away and its noted for its idyllic greenscapes that are the perfect backdrop for its active equestrian culture and the more than 40 wineries and tasting rooms located in the community.

Find hospital employers located in this region. Visit this link to learn more about Northern Virginia and its many attractions.

Hear From Virginians
on Why They Love Their Jobs